Disclaimer: The following is based solely on my own experiences and opinions and should not be construed as legal advice as each case will depend on the specific facts of your situation.

First, I have to confess, I broke my streak after over a month of no TV. I have watched TV several times over the last few weeks.  So much for #notv2019. I made the first exception when a friend brought over her projector to watch in the backyard, which snowballed into me watching another show or two during the weekend.  I feel watching even that small amount of TV zapped a lot of my energy and caused me to be less productive those days. So, I have decided to renew my conviction to not watch TV during 2019.  My children still aren’t thrilled about the lack of television, but even they seem to be in a better mood and have replaced TV with more reading and outside activities.

Speaking of children, last week I promised I would finish discussing the best interest factors Florida uses to decide what is in the best interest of the child when examining divorce and child custody disputes.  Below are the final ten factors and what they mean for parents.

Don’t let your kid run around like they own the place.  You’re the parent, and it’s your job to make sure the child has a consistent routine and some sense of structure to their life after divorce.  Routine and consistency are crucial for all children, but especially for children who are dealing with divorce. The court will consider how well each parent does with providing the needed care and consistency for the child, looking more favorably on parents who can provide structure to their child’s life.

Even after divorce, parents need to have an open line of communication about matters concerning the child.  You don’t have to be best friends or even like each other, but you do still have to talk in some way to your ex about your child.  For better or worse, you share a child, and it is important for your child to be able to live his or her life without having to be a messenger.  If something major is going on in your child’s life, both parents should be aware.  Florida courts frown upon a parent’s failure to communicate with the other parent about things such as healthcare, schooling, and other major issues in the child’s life.

Domestic violence is not acceptable, and will be considered when determining an appropriate time-sharing schedule.  An isolated incident may not prevent a parent from visitation with the child. However, depending on the situation, visitation may be reduced or require supervision if the court feels that violence will be a continuing problem in the home.

This is similar to the previous factor.  If there have been incidences of violence or abuse, you should be upfront about the issues instead of trying to conceal them.  This will only make things look worse in the long run. This factor does not only apply to a parent that has been the abuser, but also to the other parent. If there has been a history of violence or abuse by the other parent, the victim of abuse may be inclined to gloss over the issue, rather than bringing up the past.  Failing to disclose these kinds of issues to the court can be seen as the inability to properly care for and protect the child even if you were not the cause of the abuse or violence.  It is a parent’s job to protect the child from abuse, even when that abuse comes from the other parent.

If one parent has always cared for the child, it is unreasonable to expect the parent who has been absent to take on a much larger role.  A more substantial portion of the time-sharing will likely be awarded to the parent who has handled more responsibilities in the past.  If one parent has not been active in many parental responsibilities in the past, but has proven that they are capable of taking on a larger role after separation, this will be looked at by the court as well.

If one parent is involved in the child’s schooling and organized sports or other after-school activities, that parent will be given greater preference under this factor.  Even if you may not have an interest in ballet or baseball, the activities your child is involved in are important to your child and should be fostered.  Remember, you’re not washing outfits and rushing to get to practices for your benefit.  You’re doing it for your child.  A parent who fails to take their child to extracurricular activities the child is enrolled in will have this factor counted against them. This doesn’t mean you have to enroll your child in 2 different sports and sign them up for every after-school program there is, but if you and your ex have decided to commit to a sport or other activity, you need to do your part to be involved and ensure the child is able to attend those events.

If there is a documented history of substance abuse on the part of one parent, that parent may be given less preference if the court believes the substance abuse may continue to be an issue in the future.  This doesn’t mean you are never allowed to have a drink in front of your child, but if a guardian ad litem (a neutral third-party who focusses on the needs of the child) asks your child about you only to hear that one parent always has a drink in their hand or does illegal drugs in front of the child, that will be a problem.  Don’t expose your child to your bad habits if you can avoid it.  Divorce can be hard to deal with and if you find yourself turning to substances, seek counseling and do your best to avoid exposing your child to problems with substance abuse.  Documented substance abuse itself is not the issue.  The issue is substance abuse becomes an issue when it is in the presence of the child or has a detrimental effect on the child.

I mentioned last week that the child’s preference may be taken into consideration when deciding time-sharing and custody. Involving the child in litigating the divorce should only be done when absolutely necessary.  Divorce can be hard enough for parents to deal with, but putting the child in the middle of a contested divorce or child custody battle can have detrimental impacts on the child and should be a last resort.

A newborn baby that is breastfeeding will likely need to spend much more time with the mother.  Additionally if one parent is more adept at dealing with other developmental needs of the child, that parent will likely be awarded more time-sharing.  This factor can also come into play when children with special needs are involved.  If one parent has previously taken primary responsibility in caring for the special needs of a child, that parent will be seen as having demonstrated the capacity to handle the child’s needs and would be awarded greater time-sharing.

Of course, my personal favorite, “any other factor”.  I joke about this being literally anything the judge wants to look at, but that’s basically what it is.  If the judge thinks something is relevant and can articulate a reason why it’s relevant, then it can be considered.  So, just because something may not be spelled out in one of the other factors doesn’t mean it can’t be considered.

To summarize, always be the best parent you can be, and you’ll have the best chance at having a meaningful share in your child’s life after divorce.  To see the first 10 of 20 best interest factors in Florida, click here. 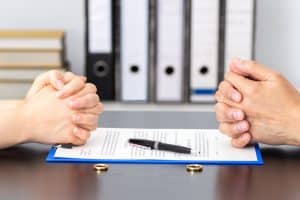